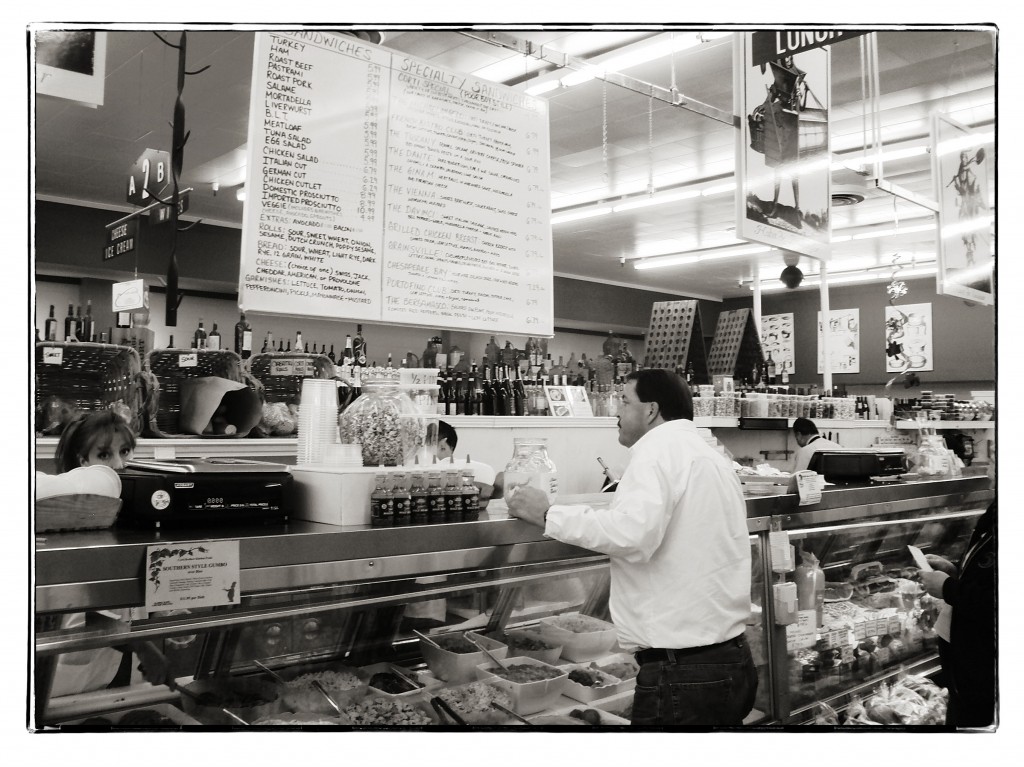 As soon as I returned from my photo assignment at Corti Brothers in Sacramento, California (to take Darrell Corti’s photograph for Canal House Cooking Volume N° 6 The Grocery Store), I called Canal House to check in. The first question they asked was, “What did you buy?”  I rattled off the yummy things I found in the store, then said, “But it was the sandwich I ordered for lunch that made the whole trip, the Corti Special.”

The sandwich menuboard describes it as the end cuts and over-cuts of deli meats. You get what you get, and you will never get the same sandwich twice. What you could ask for was the type of bread (I got a sweet roll), the type of cheese (I ordered provolone), and garnishes (I picked shredded lettuce, tomato, mayo, peperoncini, oil and vinegar, and salt and pepper). What a huge sandwich! It was tightly swaddled in white butcher paper and weighed in at well over a pound.

The story doesn’t get very romantic here because I didn’t eat my sandwich sitting at a pretty picnic spot bathing in the California sun. Instead, I ate and enjoyed my sandwich in my car, sunroof open, and Stevie Wonder on the stereo—not a bad second choice. I cannot say exactly which meats were in that sandwich, but if I had to guess I’d say mortadella, ham, and some type of salami. Here’s what made it my cosmic sandwich: I didn’t have to fight with the bread, it was perfectly seasoned, it was cold, it was juicy, and it was copious. Heaven, pure heaven.—Julia Lee