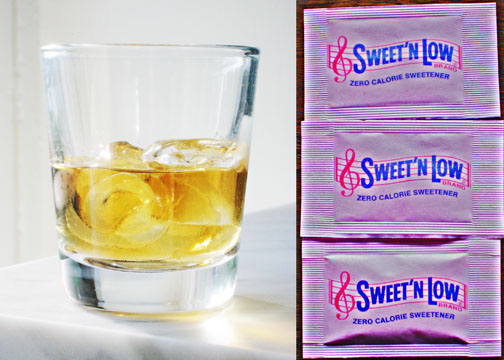 My grandma has never smoked nor cursed, but she tells a story about when she was a kid, and how she found a mouse in the barn and picked it up by its tail. Scared that it would bite her, she swung it around and around and around until all she had left in her hand was the little tail. She was a farm girl from the middle of Missouri and remembers days before electricity came to the farm. She taught eight grades at one time in the last one-room school house in the state and smacked the student’s hands with a ruler when they wouldn’t settle down.  I think she tells us those stories so we won’t think she’s gone all soft or too fancy.

After the farm days, she moved to Washington, DC, became a secretary at the Treasury and married an older man (my PopPop) who took her on adventures all over the world.  She became the most cosmopolitan farm girl in DC.  She threw the grandest of parties with hand-made lace cocktail napkins, big crystal punch bowls, and plenty of foreign executives.  She still has every issue of Gourmet ever printed in her basement in chronological order. When she and PopPop retired they went on cruises and danced and she wore pearls and drank expensive champagne.

Now, ninety-three years old, she lives in her own home, gets her hair done every week and puts on her best outfit and jewels when someone is coming to visit. She admits to never really liking champagne—whiskey is her drink now and it’s the only booze in the house.  A handle of Jim Beam or Early Times Old Style Kentucky Whiskey sits on the counter in the kitchen and probably lasts her a full year, maybe two.  My sisters and I all know her cocktail recipe by heart: 1 ounce whiskey, 2 big ice cubes, and half a packet of Sweet’N Low, stirred. Not too fancy, but not too hard either, and never served before 6:00 p.m.

I might skip the Sweet’n Low in mine, but if it’ll have me still telling stories at ninety-three, I’ll drink to that.—Julie Sproesser