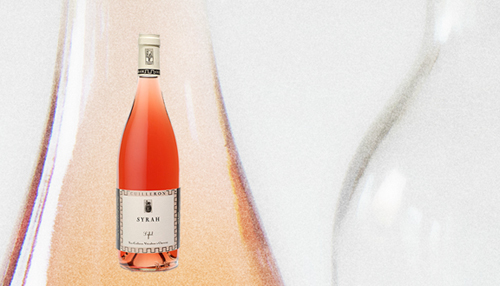 We’re having a perfect spring.  The mornings are chilly and the afternoons are warm and sunny.  Once a week or so the skies open up and a big shower drenches the earth and swells the canal outside our windows.  They’re having the same weather in the Rhone Valley in France so we’ll pretend we’re there.  While we’re busy tending our young spring gardens, winemakers in the Rhone are tending to vines that are also getting started for the season.

They’re hardly thinking about the rosés they bottled in the fall, but we’re thinking about drinking them.  The best thing to accompany the soft lettuces, sharp radishes, and poached salmon we’re eating is rosé, and Yves Cuilleron makes one of our favorites.  He’s sort of a quiet celebrity in the Rhone, known for his impressively soft Condrieu whites, but it’s the bright, lush, rosé we turn to with its silky texture and coppery pink color.

It’s called Sybel, meaning “belle syrah” and it’s the only rosé Yves Cuilleron makes each year.  From all handpicked syrah grapes this northern Rhone lovely is organically made and delicious.  They’ll be releasing a 2009 vintage in early June, but if you can still find it, 2007 was a special year in the Rhone and this wine is just right, right now.  For around $15 it’s just right for us for any occasion.   The younger brother—the 2008 vintage—has not opened up quite as much, but it’s a stellar steal for $9.99 at 3 Cups.